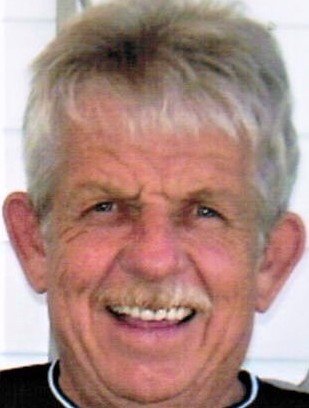 Obituary of James “Jim” Walter Phillips It is with heavy hearts that we announce the passing of James “Jim” Walter Phillips, 71 of Union Corner, Hants County. Jim passed away peacefully on Friday, April 30th, 2021, at the Halifax Infirmary. Born at the Payzant Memorial Hospital in Windsor on July 31st, 1949, Jim was the son of the late Walter “Wad” and Lillian (nee: Barker) Phillips. Jim had a long career as a Meat Manager / Butcher, beginning with IGA and later becoming a long-time employee of the Hants Co-op. He finished his career at the Kent Co-op and Oulton’s Meats. “Jimmy” is fondly remembered by his customers for going above and beyond in customer service and providing everyone with personalized orders. His grandkids and many others loved going in to get a secret slice of bologna straight from the slicer. A great sense of humor and teaser extraordinaire, Jim’s laugh was unforgettable, and his smile was infectious. A dependable friend, you could always count on him to be there when you needed him. Jim was the life of any party or gathering, often not wanting to leave once he got there. You could find him on the dancefloor, acting as a willing dance partner to all and proudly singing his favourite hits which usually consisted of some John Cougar and Tom T. Hall. Often, Jim would get pulled up on stage with the “band” to play drums or sing a tune or two… or three. Jim played many sports including hockey, broomball, and fastball. An avid Toronto Maple Leafs fan, he passed on his love for the team to his sons. Being a major movie and tv buff, many hours were spent watching with Danny in the garage. Jim was very proud of his family; especially his grandkids and special niece Alyson switching between teasing them and bragging about them to all who would listen. He is survived by his loving wife of 48 years, Louise (Hatchard); sons Paul (Kristen) and Danny (Kathryn), Granddaughter Madison and Grandsons Jayce, Drew and Kyle, Sister Carole (Terry) Bezanson; brothers Ronnie (Patti), Wayne “Dub” (Chrissy), Terry (Kathy), sister-in law Eileen Barker, brother-in-law Doug Garden and many nieces and nephews. Besides his parents Jim is predeceased by his sister Kim and brother John. Cremation has taken place under the care and direction of J. Wilson Allen Funeral Home. A Celebration of Jim’s life will take place on July 31st, 2021 at 2:30pm in the Saint James Anglican Cemetery, Brooklyn, Rev. Garnet Parker officiating. In lieu of flowers, memorial donations can be made to the Lung Association of Nova Scotia – 6331 Lady Hammond Rd, Halifax NS, B3K 2S2 or the local minor sports charity of your choice. Arrangements have been entrusted to the compassionate care of the J. Wilson Allen Funeral Home, 4646 Hwy 215, Summerville, ph-1-902-633-2431 or please visit our web site at www.allenfh.ca to sign the guest book and send private condolences.