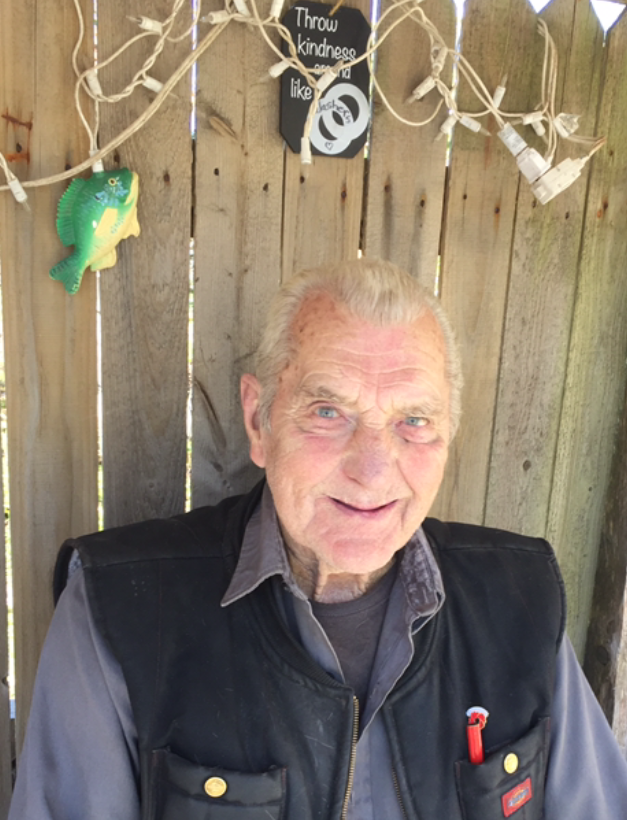 McLellan, Norman “Norm” Edgar – 86 of Cambridge. It is with heavy hearts that we announce the unexpected passing of Norm on April 12, 2022. Born March 18th, 1936, in Bramber, NS, Norm was the son of the late Gilbert and Bertha (Lake) McLellan. From a young age, Norm put pride and passion into his work. He worked at various jobs over his career including working on highrise buildings in Ontario and carpentry upon his return to Nova Scotia. He and his former wife, Jessie, owned and operated a nursing home in Summerville and a restaurant on Chester Road. After retirement, “Tubby,” according to Garnet, spent his days as Garnet’s right-hand man riding along in the dump truck hauling shale, working on cars, and taking on any other endeavours they encountered. Norm was also an expert at “water witching” (dowsing) with nothing more than two coat-hangers. If you needed a well located or dug, Norm was your guy! And he would likely accept chocolate or pie as his payment. Norm had many hobbies. He loved building wooden toys for his grandchildren such as dollhouses and garages. He loved bass fishing; Blaine would often take “The Old Dinosaur” fishing on the shore waters. With cigarette in hand, Norm would dominate with his bullseye throw in washer toss with his “Washer Land Family.” Norm was very proud of his signature move called “The Norm Hop,” which eventually became the name of the yearly fundraising tournament at the Lot on Sherman Lake Rd. His legacy will live on. Every weekend, Norm loved gathering with his friends. He showed his love and friendship with his humorous sass and torment and expected nothing less in return. Norm loved a good joke. He was always happy and had a quick wit that his friends loved. There are friends and there are family, and there are friends that become family. Norm was definitely family to all those who gathered on Sherman Lake Rd. Norman will be forever loved and eternally missed by his surviving daughter, Debbie, grandchildren, Jennifer (Spit), Matthew (Kenya), Jocelyn; Great-grandchildren, Michael, Aiden, Madison and Parker; Great great-granddaughter Mikaela; Sister, Reta (Randy) Brown. Extended family, The Lot Crew. Norman was predeceased by his; Sister, Eleanor and Great-granddaughter, Haley Wheaton At Norman’s request, there will be no service. Donations in Norm’s memory can be made to the Heart & Stroke Foundation - heartandstroke.ca Arrangements have been entrusted to the compassionate care of the J. Wilson Allen Funeral Home, 4646 Hwy 215, Summerville, ph-1-902-633-2431 or please visit our website at www.allenfh.ca to sign the guest book and send private condolences.