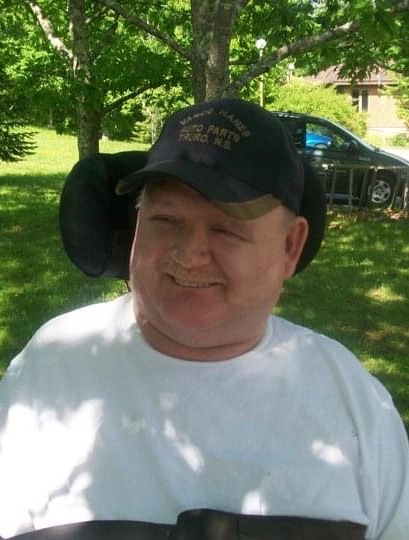 Hanes, Stephen Lawrence – 62 of Upper Kennetcook, it is with heavy hearts we announce Stephen’s passing on January 5th, 2023, in his home with caregiver and angel; Linda Stewart, who has been by his side the last 18 years. Born on February 9th, 1960, he was the son of the late Lewis and Helen (Henniger) Hanes. Stephen loved spending time with family and friends, especially with daughter Erica, his grandchildren, best friend; Chance the dog and two feathered friends; Tookey and Pippi. He was an avid hockey fan, always cheering on the Montreal Canadiens, “Go Habs Go!”. Stephen enjoyed outings and parties with the Leo Family and loved talking about his beloved 1973 Challenger. Stephen was always up for a friendly argument or debate, especially with his brother. He will be remembered as a friendly daredevil that made friends everywhere he went and will be deeply missed by all who knew him. The family would like to extend a special thank you to Avery for all the road trips and visits with Stephen. Also, to Rehab Dr. Short, Melanie and staff and to VON for their compassionate care. Stephen is survived by wife Joan, daughter Erica (Mark) of Debert, son Nick Miller of Halifax, brother Vance (Ann) of Upper Kennetcook, sisters Laura Densmore of Upper Kennetcook, Rose (Edmund) of Upper Kennetcook, his beloved grandchildren, Danica and Lucas, many nieces and nephews. Besides his parents, Stephen is predeceased by sister Charlene Thomson, Brothers-in-law Jim Thomson, Michael Densmore and great nephew Jordan Weatherbee. A visitation will be held on Tuesday, January 10th, 2023, from 6 to 8pm, A service will be held on Wednesday, January 11th, 2023, at 2pm, both in the J. Wilson Allen Funeral Home Kennetcook, Rev. Glenn Eason officiating. A private Family burial will take place in the St. Peters Anglican Cemetery, Upper Kennetcook, following the Service. Donations in memory of Stephen can be made to the SPCA, St. Peters Anglican Cemetery, Upper Kennetcook or Hope for Wildlife. Arrangements have been entrusted to the compassionate care of the J. Wilson Allen Funeral Home, Hwy 354, Kennetcook, ph-1-902-362-2440 or please visit our website at www.allenfh.ca to sign the guest book and send private condolences.