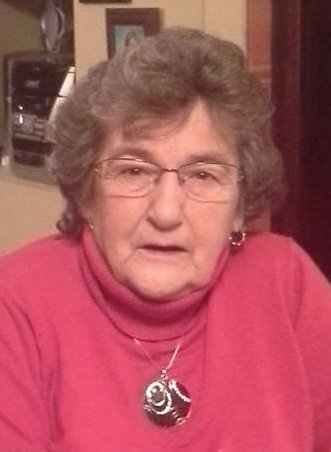 EWING - Mary Elizabeth (Connors), age 77, of Hantsport, formerly of Poplar Grove. It is with sad hearts that we announce the passing of Mary, our mother, sister, and friend on November 14, 2018 at Hants Community Hospital, Windsor. Mary was born on January 1, 1941 to the late Lewis and Lillian (Bonang) Connors. She lived her childhood days in Miller’s Creek (Poplar Grove), Hants County. At an early age, she married her best friend, Ross Connors, and they had four beautiful children, Wendy, Danny, John, and Tammy. They raised their children in Belmont until the 70’s, then later moved the family to Amherst where Mary worked in a pharmacy. Later on in her life, she went back to school and studied to be a CCA before working as a nurse at Northwood Manor, Dartmouth. She married Gordon Ewing where they bought a home near the water in Noel and resided there until Gordon’s death in April, 2009. She then moved to the Gladys Manning Retirement Home in Windsor, NS, and then later moved to the Senior’s Manor in Hantsport. Mary loved family times, a good laugh, animals, fishing, and was very fond of her children and her nieces and nephews. Mary leaves behind her four children, Wendy Connors (Jim) Ontario, Danny Connors (Sherry) Nappan, NS, John Connors (Becky) Ontario, and Tammy Connors (Joseph) Fenwick, NS; stepchildren Christopher Ewing, Hubley, NS, and Heather Webber (Steven), Glen Haven, NS; many grandchildren, great-grandchildren, and one great great-grandchild; sisters Gladys Parker (Laurie) and Joan Church (George); brothers Charlie Connors (Delina) and Garnet Connors (Carolyn). Besides her parents, she was predeceased by her first husband and father of their children, Ross Connors; husband Gordon Ewing; sisters Ruth Sanford and Marie Hanes; brother Donnie Connors; and brothers-in-law Clarence MacLeod and Donald Hanes. Cremation has taken place with no visitation by request.  A memorial service will be held on Sunday, November 25, 2018 at 2 p.m. at the Avondale United Church. Rev. Garnet Parker officiating with a reception to follow in the church basement. Private interment in Noel Shore Cemetery. Donations in memory of Mary may be made to Avondale United Church ℅ Sheila Robarts, 600 Avondale Road, RR2 Newport, NS B0N 2A0 or to a charity of one’s choice. Arrangements have been entrusted to the compassionate care of the J. Wilson Allen Funeral Home, Hwy 215, Summerville; 1-902-633-2431. Please visit our website at www.allenfh.ca to sign the guest book or send private condolences.

To send flowers to the family or plant a tree in memory of Mary Ewing, please visit Tribute Store
Sunday
25
November

In the church basement.