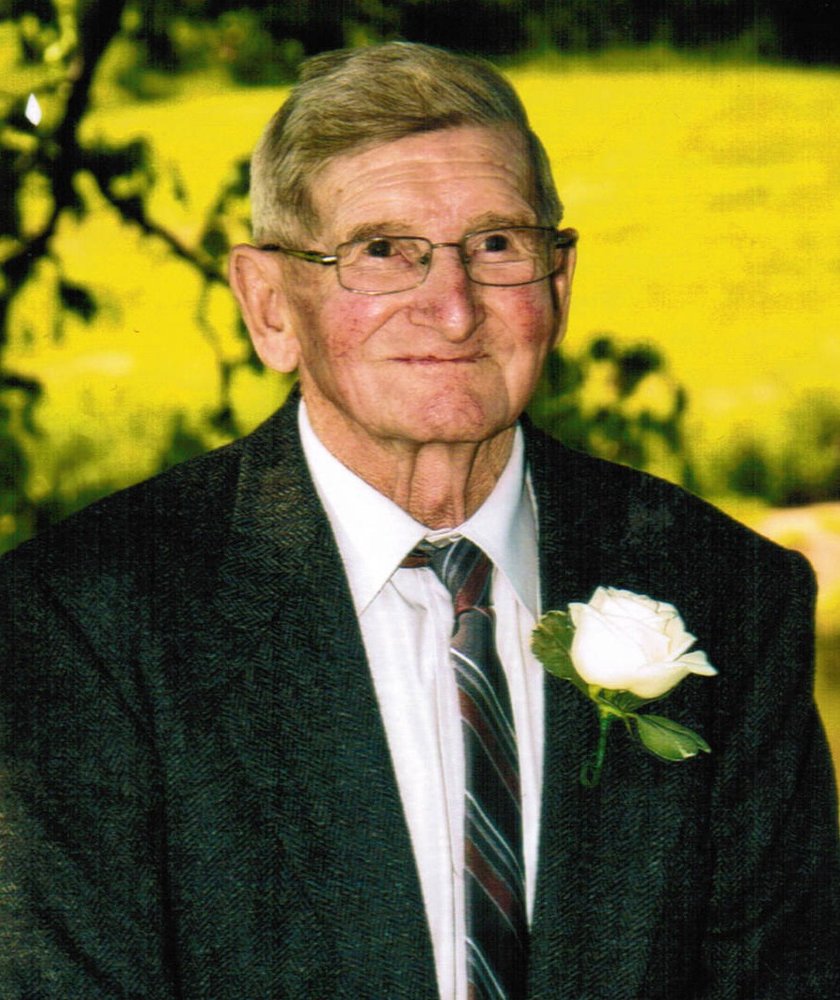 It is with great sadness the family of Gerry Garby announce his passing on Wednesday, March 20th, 2019. He slipped away peacefully at Colchester East Hants Health Centre surrounded by family.

Born in Upper Kennetcook on February 12, 1927, the son of the late Ruel and Hazel (Hennigar) Garby. Having lost his mother at an early age, he spent a great part of his childhood on his grandfather’s farm. It was during this time that he developed his passion for farming and respect for animals. This carried through his whole life.

His early working career included farm hand, woods teamster, and taxi driver before settling into a lifelong career as a mechanic.

He began working as a mechanic in Clarksville for his brother Laurie, later moving to Upper Kennetcook to work for his brother Lew. He finished off working alongside his son Bruce as co-owners of Garby’s Service Station. He not only was a mechanic, but also did welding, body work and painting. He was known for being able to fix the “unfixable”.

A lifelong farmer, Gerry ran his family farm for more than 60 years. After retirement he continued to farm fulltime, spending his days raising Hereford cattle and making daily trips to the garage with his faithful dog, Levi.

He was a wonderful father, grandfather and great-grandfather who took great interest in everyone’s activities and accomplishments.

To send flowers to the family or plant a tree in memory of Gerald Garby, please visit Tribute Store
Tuesday
26
March

Share Your Memory of
Gerald
Upload Your Memory View All Memories
Be the first to upload a memory!
Share A Memory
Send Flowers