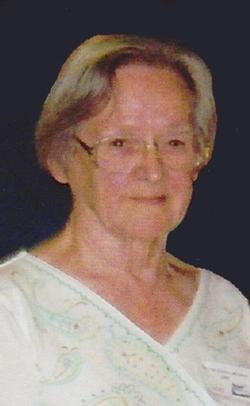 Please share a memory of Lois to include in a keepsake book for family and friends.
View Tribute Book
Otton, Lois Mildred - age 82, of Windsor, formerly of Walton, passed away peacefully on August 1, 2014 at her home in Dykeland Lodge, Windsor. Born in Walton on January 14, 1932, she was the daughter of the late Lawrence and Hazel (Smith) Sanford. After grade 11 graduation from Walton School, Lois took a secretarial course in Windsor, finishing her last two months with the Fundy Gypsum Company where she worked for three years. During her career, she worked in Moncton and Toronto with Esso, then in British Columbia where she met her late husband, Bill Otton, through a girlhood friend. Bill and Lois were married in Walton on December 26, 1964 and settled in Seattle. After Bill's death in 1968, Lois travelled home to Nova Scotia and worked in Halifax and Dartmouth, finishing her career as an administrative secretary for LB Stevens for 10 years. She was a loving daughter to her parents, and after her father's death was primary caregiver for her mother Hazel Sanford until her death at the age of 102. They lived in Dartmouth and spent the summers in Walton until Lois's retirement, when she moved back to the family home there at the age of 65. During her retirement Lois enjoyed reading, walking with her friends and taking care of her cats. She was an active member of the Grace United Church and an annual participant in the Terry Fox walk. She is survived by her aunt, Reta Smith, many cousins, extended family and close friends. Cremation has taken place with visitation on Wednesday, August 6 from 7-9 p.m. in the J. Wilson Allen Funeral home, Hwy 215, Summerville. A memorial service will be held Thursday, August 7, at 2 p.m. in the Grace United Church, Walton, Pastor Debbie Mosher officiating, with interment in the Grace United Church Cemetery, followed by a reception in the Church Hall. Donations can be made to the Grace United Church, the Grace United Church Cemetery, or charity of choice. Special thanks are extended to the homecare workers that supported Lois while she was in her home and to the staff of Dykeland Lodge for their care and compassion given to Lois during her stay. Arrangements have been entrusted to the compassionate care of the J. Wilson Allen Funeral Home, Hwy 215, Summerville. Please visit the online guest book to send condolences.
To plant a beautiful memorial tree in memory of Lois Otton, please visit our Tree Store

A Memorial Tree was planted for Lois
We are deeply sorry for your loss ~ the staff at J. Wilson Allen Funeral Home
Join in honoring their life - plant a memorial tree
Services for Lois Otton
There are no events scheduled. You can still show your support by planting a tree in memory of Lois Otton.
Plant a tree in memory of Lois
Print
Online Memory & Photo Sharing Event
Online Event
About this Event