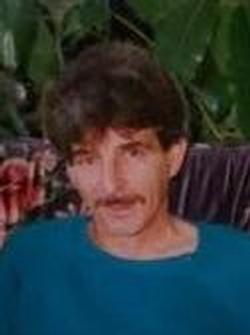 Please share a memory of Herman to include in a keepsake book for family and friends.
View Tribute Book
Hatchard, Herman Willard, 62, of Upper Falmouth, passed away on September 6, 2014 in the Hants Community Hospital, Windsor. Born in Windsor on March 2, 1952, he was the son of the late Ralph "Patty" Hatchard and Mildred "Millie" (Sanford) Hatchard. Herman was a true sports fanatic; he loved to play a wide variety of sports, and was a die-hard Toronto Maple Leafs fan - "Go, Leafs, Go!" Herman is survived by his wife, Susan (LeBlanc) Hatchard, and his sons, Ryan and Josh, all of Falmouth; five rambunctious grandsons and one princess granddaughter; his sister, Louise (Jim) Phillips, of Union Corner; his aunts, Shirley Sanford, Dorothy Hatchard, and Cheryl Sanford; and many nieces and nephews. Besides his parents, Herman was predeceased by his sister, Peggy MacDonald. Cremation has taken place with a private family interment to take place at a later date. A reception celebrating Herman's life will be held at the Royal Canadian Legion in Windsor on Thursday, September 11, 2014 from 3-5pm. Donations in memory of Herman can be made to the Canadian Cancer Society, the Palliative Care Unit at the Hants Community Hospital, or the West Hants Minor Hockey Association, P.O. Box 2017, Windsor, N.S., B0N 2T0. Arrangements have been entrusted to the compassionate care of J. Wilson Allen Funeral Home, Hwy 215, Summerville, ph-1-902-633-2431 or please visit our website at www.allenfh.ca to sign the guest book or send private condolences.
To plant a beautiful memorial tree in memory of Herman Hatchard, please visit our Tree Store

A Memorial Tree was planted for Herman
We are deeply sorry for your loss ~ the staff at J. Wilson Allen Funeral Home
Join in honoring their life - plant a memorial tree
Services for Herman Hatchard
There are no events scheduled. You can still show your support by planting a tree in memory of Herman Hatchard.
Plant a tree in memory of Herman
Print
Online Memory & Photo Sharing Event
Online Event
About this Event