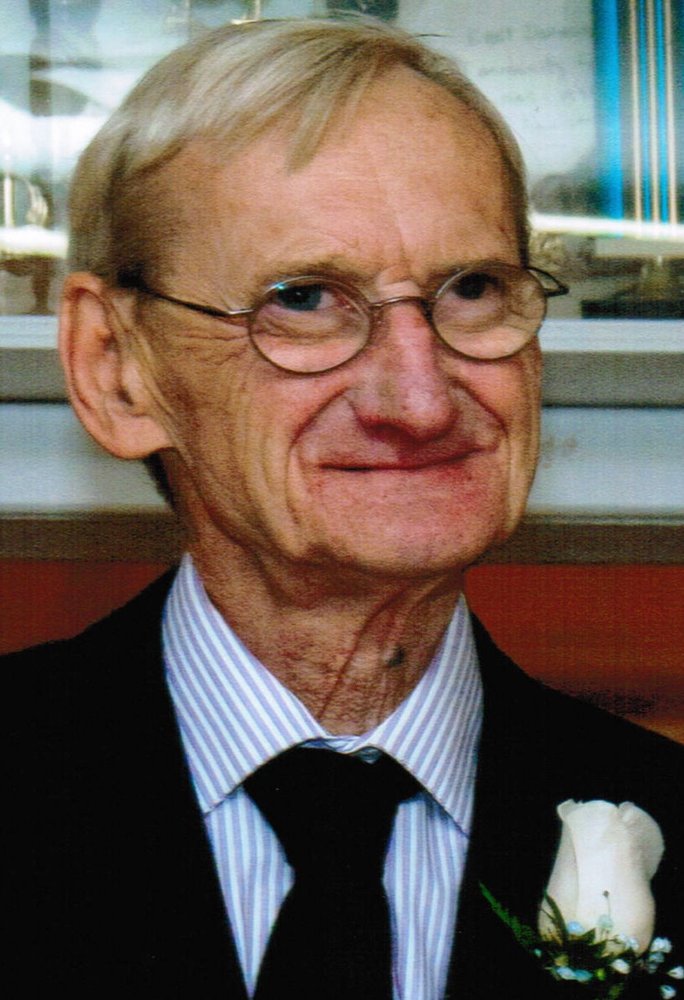 Please share a memory of Harold to include in a keepsake book for family and friends.
View Tribute Book

Mosher, Harold DeWolfe, 81, of New Minas passed away November 10, 2019 at home. Born in Summerville, Hants County, he was a son of the late Walter and Inez (Sanford) Mosher.

Besides his parents he was predeceased by his first wife Susan, sister Beatrice Mosher, nephew David Mosher.

Harold attended the Halifax School for the Blind where he graduated as a piano tuner. After working in Prince Edward Island, Harold joined his brother Gerald in Toronto. While in Toronto he worked at a catering business operated by the CNIB. Eventually he purchased his own business, a store in an office building in downtown Toronto.

Harold was an expert ham radio operator. He communicated with people all over the world and made many friends.

In 2010, after retiring, Harold returned to Nova Scotia and met Mary, a fellow student from the School for the Blind, and they married in 2014 at the age of 76.

Harold loved his family, loved his friends and helped many people during his life. He was a kind and loving soul.

The family would like to thank Dr. Puetz, Palliative Care Nurse Paulette Bennett and the VON for their care.

Donations in memory may be made to QEII Hospital Foundation.

Visitation from 1:00 to 2:00pm followed by a funeral service Thursday, November 14 at 2:00pm both in the J. Wilson Allen Funeral Home, |Summerville.

Arrangements have been entrusted to the compassionate care of the J. Wilson Allen Funeral Home, Hwy 215, Summerville, N.S. phone 1-902-633-2431 or please visit our web site at www.allenfh.ca to sign the guest book and send private condolences

To send flowers to the family or plant a tree in memory of Harold Mosher, please visit Tribute Store
Thursday
14
November

Share Your Memory of
Harold
Upload Your Memory View All Memories
Be the first to upload a memory!
Share A Memory
Send Flowers
Plant a Tree