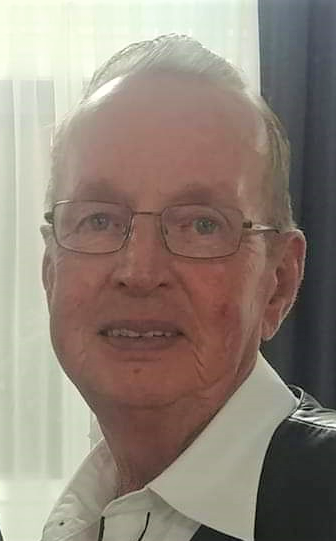 Please share a memory of Corey to include in a keepsake book for family and friends.
View Tribute Book
Buchanan, Corey Robert John – 77 It is with great sadness that the families of Corey Robert John Buchanan announce his passing on June 28, 2020 at the QEII, Halifax. Corey Robert John Buchanan, son of the late John and Evelyn (Dempsey) Buchanan and his late adoptive parents John and Hazel Dalrymple. Born March 9th, 1943 in Berwick, N.S., moved to East Gore in 1960’s and most recently resided in Truro, N.S. He is survived by Kitty, his wife of 18 years, step-daughters Noma and Vanda (Raymond), Step-Sons Vincent (Tammy), Darcy (Denise), Grand Children Julie, Chris, Travis (Sarah), Chelsea (Ronnie), Luke and Laynee, Great Grand Children Nicole, Raymond, Aiden, Faye and Chase, Great-Great Grand Children Calvin and Deliah, brother Ronald, Ontario, sisters Dorothy, Woodville, Betty Anne, Alberta and adopted siblings Phyllis, Gloria, Juanita, Marjorie, Thelma, John K and Doreen. Corey is Predeceased by his sister Marion Rose and Grandson Terry White. Corey worked with Volvo for 15 years. He was a faithful motor route driver for Halifax Chronicle Herald for 28 years and enjoyed his hobby farm. Corey enjoyed spending time with family and close friends and visits to the hunting camp with his buddy Wayne. He had a passion for country music, dancing, loved gardening, yard sales, fishing, and a good game of cards. He had a great sense of humor and was quite the practical joker at times. Corey and Kitty had a lot of fun together and enjoyed the winters they spent in Florida. They traveled to New Zealand and England where Corey met Kitty's British family. They have made so many treasured friends along the way. Cremation has taken place. A celebration of life in memory of Corey will be held at a later date. Donations in memory of Corey can be made to the Kidney Foundation of Canada-Nova Scotia Arrangements have been entrusted to the compassionate care of the J. Wilson Allen Funeral Home, Hwy 354, Kennetcook, ph-1-902-362-2440 or please visit our web site at www.allenfh.ca to sign the guest book and send private condolences.
To plant a beautiful memorial tree in memory of Corey Buchanan, please visit our Tree Store

A celebration of life in memory of Corey will be held at a later date.

Share Your Memory of
Corey
Upload Your Memory View All Memories
Be the first to upload a memory!
Share A Memory
Plant a Tree