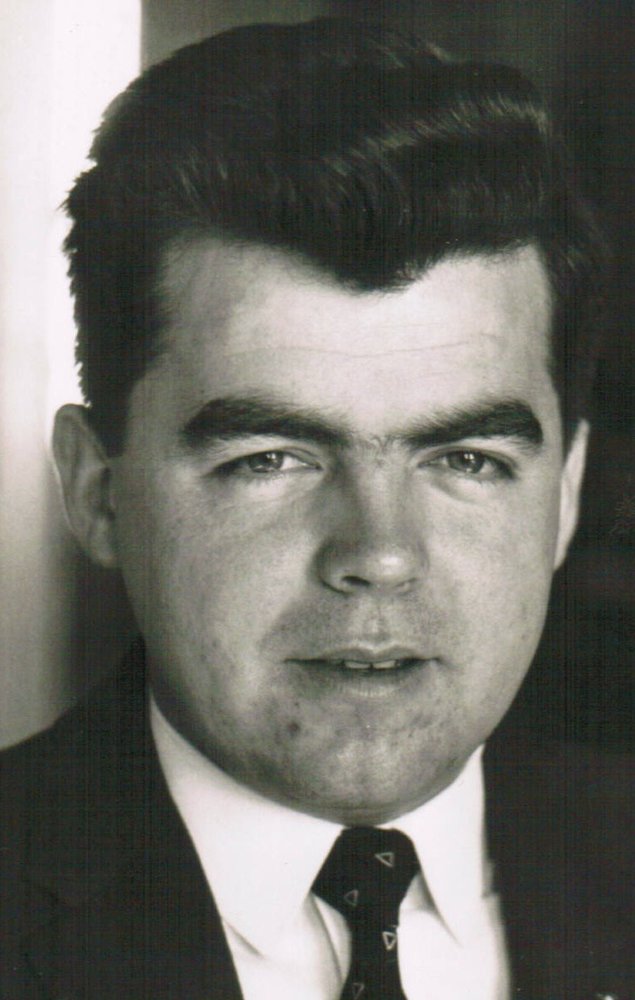 Please share a memory of James to include in a keepsake book for family and friends.
View Tribute Book
MACNICOLL, JAMES (JIM) WOODWORTH, 84, of Minasville, Hants Co died on July 25th in the Colchester East Hants Health Centre after suffering a heart attack. Thanks to the kind and compassionate nurses in the ICU, family was there with him through his passing. Jim was born in Hamilton, Ontario, son of the late Abbie Hamilton MacNicoll and Dr. Wilfred MacNicoll. He moved back to Nova Scotia with his sister and parents when he was a baby. His father, a doctor, and his mother, an RN, worked throughout Nova Scotia and Newfoundland during Jim’s early years. In 1945 the family returned to his mother’s home in Minasville and Jim raised chickens and milked cows while attending school. He completed Grade 11 and 12 at Moncton High School and did one year of university before enlisting in the Air Force. During his 5 years in the RCAF, Jim was trained in radar technology and stationed in Churchill, Manitoba. It clearly gave him a taste for the North and its open spaces as he went on to have a career as an electronics technician on the DEW line, working on many of the radar stations spread across what is now Nunavut and the North West Territories. He also worked in Denang, Vietnam for several years before returning to northern Canada. He built a home in Minasville and every summer drove thousands of miles because he loved to travel the backroads of the province, often with nephew David, as companion. He married Stella (White Singer) in 1977 and made a home for her and her 2 boys, Stacey and Casey, while continuing to work up north. He retired early in order to be home for Stella after she became ill with cancer. Jim was exceptionally athletic, a limber man, who played ball and hockey, and loved to swim. He hiked and rode his bicycle long distances and snow shoed in the winter. He loved to fish, and each year would take a trip with Stella’s brothers. The walls of Jim’s house were lined with the many hooked rugs that he worked during the summers when he was home and during the long hours of darkness of northern winters. He was also an inveterate tinkerer, who devised homemade solutions to many problems, often not elegant but usually effective. And when it came to electronics, he could fix most things though sometimes it seemed like he took things apart just for the fun of putting them back together again. For most of the past 30 years, Jim has lived alone. He was a quiet, soft spoken man who liked to keep busy, developing a passion for grafting, especially apple trees, and for gardening. He grew berries and tended roses; he made jams and jellies and filled his freezers with his home grown produce. He still loved to drive and would often zip around the Cabot Trail in a day, with a kind of stamina that his younger family members could not match. He and brother Francis toured Newfoundland together, a trip he talked about long afterwards. Arthritic knees slowed him down and prevented him from doing many things he loved and then a Parkinson’s diagnosis was made this winter. The past few years were difficult ones for someone who had been so independent and active. Jim was predeceased by his wife, Stella Mae, his parents, Abbie and Wilfred, his brother, Francis Hamilton, and his sister, Elinor Adams. He is survived by Stella’s sons, Stacey (Krista) and Casey (Shelly) Singer and granddaughter, Sidney; by his nephew David (Shelda) Hamilton, grandniece, Raylaine (Christian) and their children, Dillon and Kayla Miller; by his brother-in-law, Robert Adams and his nephews, Peter and John Adams, and his niece Leslie Adams and grandnieces, Olivia and Claire Doyle. And a slew of cousins scattered about the country. Thank you to the nurses and doctors at the ICU for your professional and compassionate care during Jim’s brief stay in hospital. We would also like to thank Angie Langley for her good humour and care of Jim. She could make him smile when none of us could. There will be a graveside service at the Moosebrook Cemetery, on Saturday, August 1st beginning at 2 pm, with Rev. Debra Mosher officiating. Donations in memory of Jim can be made to a charity of your choice. Arrangements have been entrusted to the compassionate care of the J. Wilson Allen Funeral Home, Hwy 354, Kennetcook, ph-1-902-362-2440 or please visit our web site at www.allenfh.ca to sign the guest book and send private condolences.
To send flowers to the family or plant a tree in memory of James MacNicoll, please visit Tribute Store
Saturday
1
August

Share Your Memory of
James
Upload Your Memory View All Memories
Be the first to upload a memory!
Share A Memory
Send Flowers
Plant a Tree