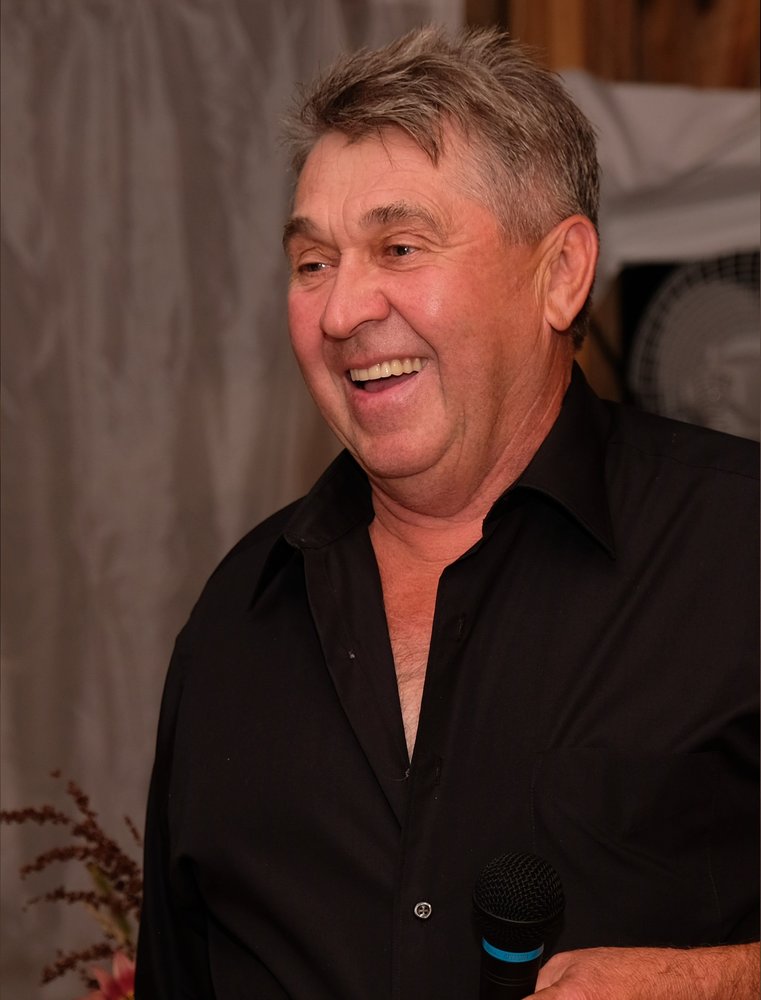 Please share a memory of Doug to include in a keepsake book for family and friends.
View Tribute Book
Maxwell, Douglas Graham - 66, of West Brooklyn Mountain Road, formerly of Riverside, Hants County. Doug was born January 30th, 1954, to the late Ronald and Eva Maxwell, raised in what was then, a rural area of Middle Sackville. Doug spent his childhood chasing rabbits, raising his own pigs, and helping with the family farm and boarding house. Christmases were musical and humble. He always remained grateful. With his sisters and cousins, summers were spent at "Big Lake". Even at an early age, Doug was an ambitious entrepreneur, his earnings provided him with his prized Sears boat. In 1969, he moved with his family, to a place he has ever since called home, Riverside. Here, began his 45-year long career as a Journeyman Plumber, working for various people over the years, including running his own business in the 90's and again more recently. He married his first wife (Charlotte Rowe, nee Leopold) and was gifted with his two children Joel and Lori, in which he was incredibly proud of. He taught his children the value of hard work. His drive often accompanied with a sly smile and a bad joke. He loved to tease; to laugh. Doug met his current wife Twila, in 2005, over a shared love of music and dancing. You could often find the two hand in hand, gracing a dance floor or singing their favorite karaoke songs. With family and friends, their life was full. Occasions were celebrated, traditions were cherished. In the early morning of August, the 10th, with a day planned for the woods and swimming, Doug's soul left us after a massive stroke. He was finally released from this world, on August 13th at the Halifax Infirmary, after his last noble duty of organ donation. Doug will be dearly missed by his beloved wife, Twila (Sheffield) West Brooklyn Road, son Joel of Halifax, daughter Lori (Andrew Haley) of Riverside, sisters "Pip" (Jerry Gaudet) of Lakelands, Linda (Mike Schroeder) of Newburne, close cousins of "Bobo", Bill Stone (Rhonda) of Ellershouse and Anna Stiles of Dartmouth. And of course, by numerous nieces, nephews, and friends. Cremation has taken place. A graveside service will be held Saturday August 22nd, at the Riverside Cemetery, New Cheverie Road at 11am Rev. Garnet Parker officiating. Reception will follow, at his treasured cottage and woodlot, 575 New Cheverie Road. Additionally, a drop-in reception will be held at Doug and Twila's home, Sunday August 23rd, 326 West Brooklyn Road, 2 - 4pm. Donations in memory of Doug can be made to the Hants Shore Community Health Centre - to benefit the community that he loved and was soon returning to - or to the Heart and Stroke Foundation. Cards or letters with stories of Doug would be deeply appreciated. Arrangements have been entrusted to the compassionate care of the J. Wilson Allen Funeral Home, Hwy 215, Summerville, N.S. phone 1-902-633-2431 or please visit our web site at www.allenfh.ca to sign the guest book and send private condolences.
To send flowers to the family or plant a tree in memory of Doug Maxwell, please visit Tribute Store
Saturday
22
August

Donations in memory of Doug can be made to the Hants Shore Community Health Centre - to benefit the community that he loved and was soon returning to - or to the Heart and Stroke Foundation. Cards or letters with stories of Doug would be deeply appreciated
Online Memory & Photo Sharing Event
Online Event
About this Event

Share Your Memory of
Doug
Upload Your Memory View All Memories
Be the first to upload a memory!
Share A Memory
Send Flowers
Plant a Tree