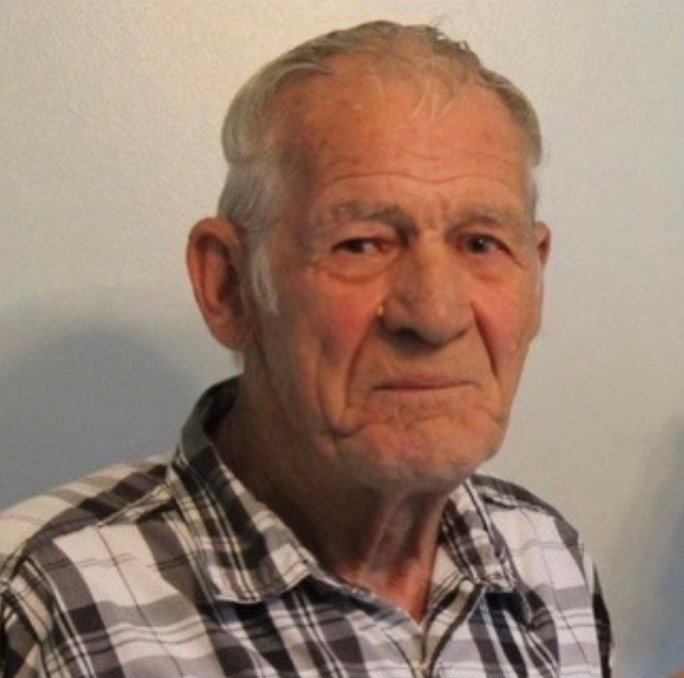 Please share a memory of Floyd to include in a keepsake book for family and friends.
View Tribute Book
White, Floyd “Bunk”- 75 of Kennetcook, it is with broken hearts that we say "see you later" to our much-loved husband, dad and grandad who passed away with his family by his side at home on April 22nd.2021. Born on July 10th, 1945 in Gormanville, Bunk was one of nine children to the son of the late Leonard and Gladys (Harvey) White. Floyd grew up quickly by joining the workforce at the age of 14, joining his father and brother, Gordon, in the woods. He worked for Dineen Construction in his early years but returned to the work of a woodsman with his brother, Henry, at Helfer’s Lumber. While still working at Hefler's, he also ran his own business delivering firewood near and far. Along with his love of the woods and being outdoors, he enjoyed fishing, hunting, playing cards with family on Saturday nights and his Chicago Blackhawks. His love of softball showed with him coaching the Gormanville Streakers and his girls, The Kennetook Angels, with whom he won 4 provinical titles and 3 Eastern Canadian Championships. Upon retirement from coaching, he travelled the province watching his grandson play baseball. As much as he loved all his activities, he loved his family the most. He was a man of few words, but everyone knew what he was saying. He was the most humble and kind-hearted man, a one in a million, who taught us all to never take anything for granted. He is survived by his wife of nearly 55 years, Linda (Anthony), his three daughters, Angie (Charlie MacDonald), Sherri (Tim Ettinger) and Bev (John Morash), three granddaughters, Bethany (Tyler), Mackenzie and Jenna and sisters, Frances (Clyde) and Ellen (Allen) and brother, Henry (Janie). Bunk was predeceased by his brother, Gordon, sisters, Alice and Leona as well as brother, Glenwood, and sister, Avonbell in infancy, he was also predeceased by his grandson Anthony Miller “Pard”, who considered him his “superhero”. The family would like to extend a special thanks to Tyler Roulston who was a chosen family member and everyone for their love and support during his illness, especially all the VON nurses and Dr. Michelle. Cremation has taken place, there will be no visitation or service upon Floyd’s request. Donations in memory of Bunk may be made to The Colchester East Hants VON or the Hants North Baseball Association c/o hantsnorthjays@outlook.com or cheque/cash may be dropped off to Kelly Verge or Christian Miller. Arrangements have been entrusted to the compassionate care of the J. Wilson Allen Funeral Home, Hwy 354, Kennetcook, ph-1-902-362-2440 or please visit our web site at www.allenfh.ca to sign the guest book and send private condolences.
To plant a beautiful memorial tree in memory of Floyd White, please visit our Tree Store

Donations in memory of Bunk may be made to The Colchester East Hants VON or the Hants North Baseball Association c/o hantsnorthjays@outlook.com or cheque/cash may be dropped off to Kelly Verge or Christian Miller.
Online Memory & Photo Sharing Event
Online Event
About this Event

Share Your Memory of
Floyd
Upload Your Memory View All Memories
Be the first to upload a memory!
Share A Memory
Plant a Tree