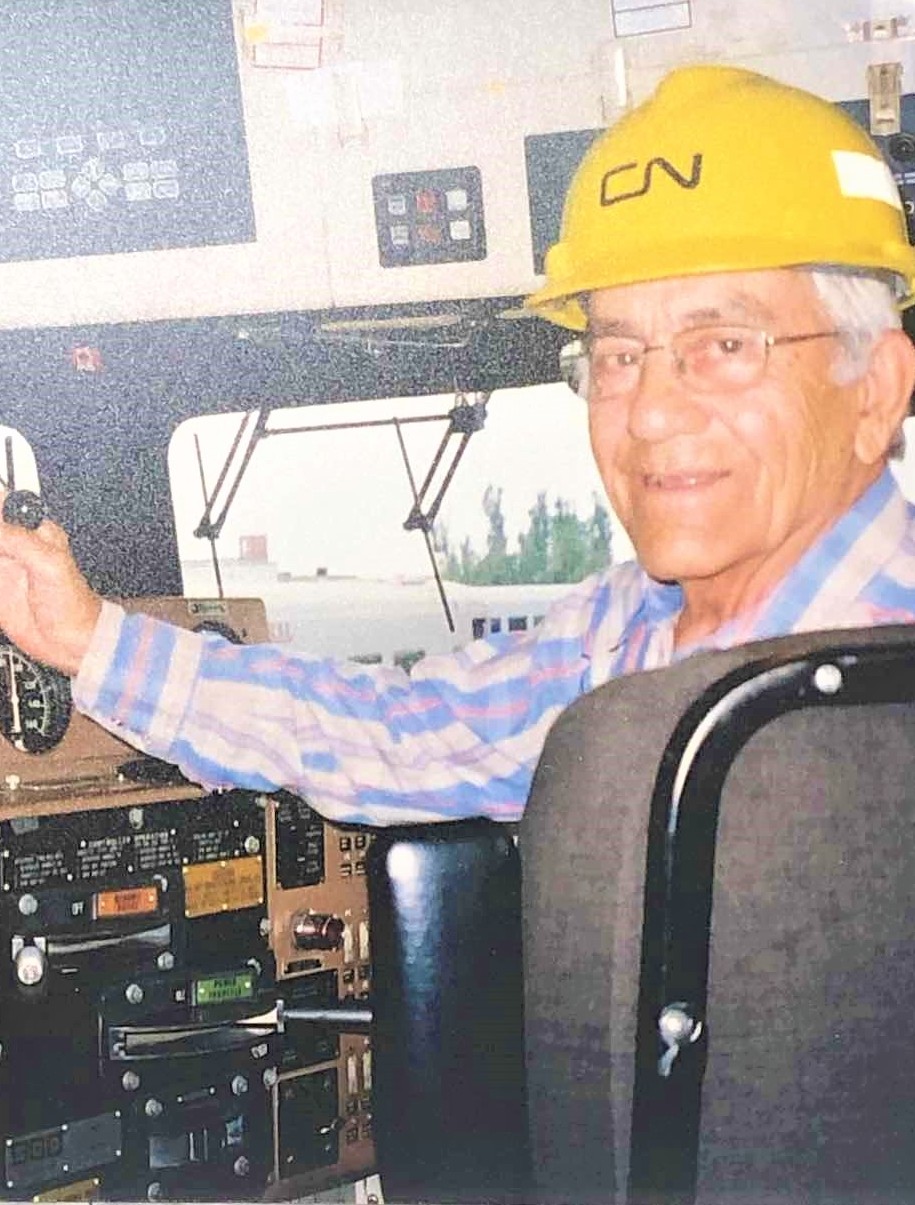 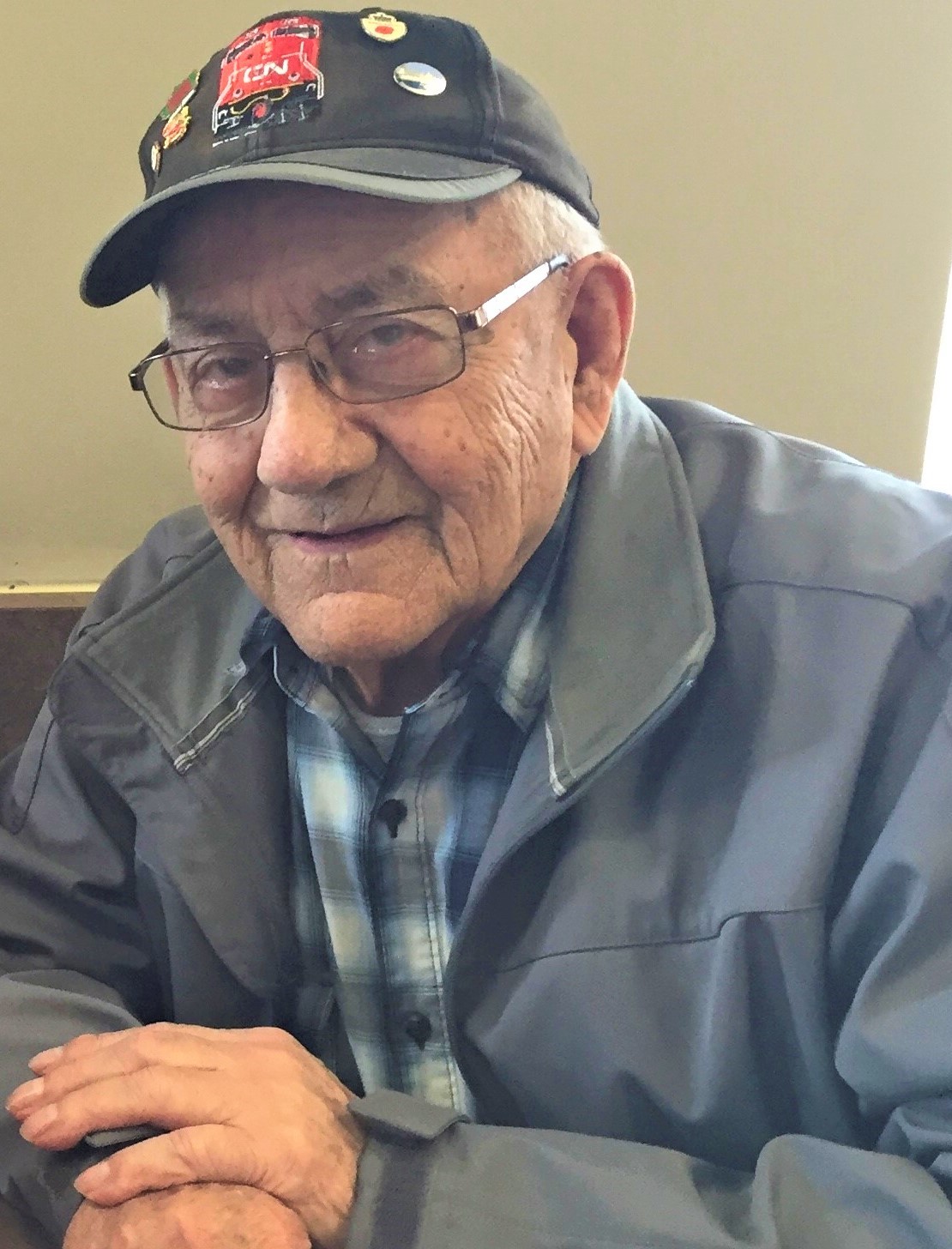 Please share a memory of Willmott "Bill" to include in a keepsake book for family and friends.
View Tribute Book
Steeves, Willmott “Bill” Kirby - 92 of Moncton, NB formerly of Toronto, ON, Hornepayne, ON, Sault Ste Marie, ON, Cheverie, NS, Sundridge, ON and most recently London, ON passed away on July 23rd, 2021, at the Dearness Home in London Ontario. Born in Lewisville, Moncton, New Brunswick on May 9th, 1929, he was the son to the late Charles Andrew and Gertrude Emma (Mitton) Steeves. He had a long career as a Train Engineer with Canadian National Railway and lived a good portion of his life in Hornepayne, Ontario where he married his first wife Shirley Eleanore (Emo) Steeves. He dedicated significant time to coaching hockey and was instrumental in developing the Hornepayne Municipal Airport and the rebuild of the Hornepayne Arena. He married his second wife, Amy G. Steeves in Panama City Beach, Florida on 23 February 1992. He will be greatly missed. A passionate train engineer, amateur pilot, hockey coach, wood worker, hard worker, joker and all-around reliable man, Bill’s life touched more people than we could count. Known as “Stone Faced” and “a perfectionist” while working on the railway and a tough but excellent hockey coach, those who knew him also appreciated his vibrant sense of humour and his lovable Donald Duck impression and bird sound effects. While he slowed down in his most recent years, he was always up for telling stories about his CN days, piloting, woodworking, and retirement traveling; loved laughing with others; and continued to have a smile that could light up the room. Bill leaves behind in surviving family members, his sister Faith, daughter-in-law Valerie, grandkids Adam (Kyla), Raymond (Selena), James (Tanya), Kathleen, Robert (Julie) and Christopher. As well as many great-grandkids Kimble, Meredith, Abby, Ava, Fernand, David, Sally, Mikey, Lexi Hill. Bill joins his first wife Shirley, brother Herbert, his second wife Amy, son Bob, daughter Carol, and son-in-law Art in predeceased family members. Cremation has taken place. Interment will take place in Hornepayne, Ontario at a later date. Those wishing to participate in the interment can email rememberingbillsteeves@gmail.com or call (780) 913-3463 for further information.” Instead of flowers, those wishing to donate in memory of Bill are asked to donate to Dementia research with the McCormick Care Foundation – 2022 Kains Rd, London, ON N6K 0A8 or The Hospital for Sick Children – 555 University Ave, Toronto, ON M5G 1X8 Elliott-Madill Funeral Home, Mount Brydges, ON entrusted with arrangements. www.elliottmadill.com
To plant a beautiful memorial tree in memory of Willmott "Bill" Steeves, please visit our Tree Store

Instead of flowers, those wishing to donate in memory of Bill are asked to donate to: Dementia research with the McCormick Care Foundation – 2022 Kains Rd, London, ON N6K 0A8 or The Hospital for Sick Children – 555 University Ave, Toronto, ON M5G 1X8
Online Memory & Photo Sharing Event
Online Event
About this Event

Share Your Memory of
Willmott "Bill"
Upload Your Memory View All Memories
Be the first to upload a memory!
Share A Memory
Plant a Tree