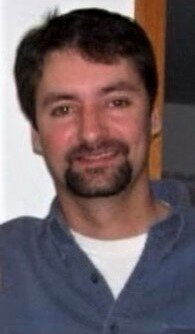 Please share a memory of Lorne to include in a keepsake book for family and friends.
View Tribute Book
Laffin, Lorne Douglas – 51 of Antigonish, formerly of Pembroke Hants County, it is with great sadness that we announce the passing of Lorne as a result of a tragic accident on November 1st, 2021. Born in Windsor, Nova Scotia on March 11th, 1970, Lorne was the beloved son of Lewis Laffin (Donna Atwood) and Helen Anderson (Sam Henley). Lorne was a scholar and an exceptionally gifted writer, graduating from Acadia University with a Bachelor of Arts in English. He was also a lifelong learner and continued with his education at Mount St. Vincent University as well as pursuing various night courses. Lorne was a hard worker and held positions at some of the most successful businesses within N.S. and out west, including Sarsfield Foods, Ocean Nutrition Canada, Maple Leaf Foods, Ocean Contractors, RK MacDonald Nursing Home, and The Maples. He was an outdoorsman; he spent many hours with his father working tirelessly cutting and milling lumber. Lorne’s greatest legacy and pride lies with his two beautiful sons Luke and Aiden. He radiated love whenever he spoke of his two boys. We find peace in knowing that many of the morals and values Lorne lived by have been nurtured and instilled into Luke and Aiden and that he will continue to live on through them. Lorne also had the privilege of becoming a stepdad to a special little girl, Bailey, whom he met 22 years ago at Mulgrave Park along with her mother, and future partner, Kerry. Lorne and Kerry fell in love and built a full life together with their children. Their special place was their camp where they could go and escape the outside world and make lasting memories whether it be through playing cribbage, competing in washer toss, or building campfires and reminiscing. Aiden has developed Lorne’s passion to live amongst nature and enjoy the simple pleasures that camp-life brings and its unique ability to feed and nurture one's soul. From a young age, Lorne had a profound love for sports. He enjoyed participating at the Colchester Boxing Club in his youth where he won his first boxing match. Lorne even named his second son, Aiden, after boxer Cassius Clay. Later, as his boys grew older, Lorne passed down his love of sports to Luke. Their favorite teams were the Toronto Raptors, Blue Jays, and Dallas Cowboys. They discussed many times the possibility of bearing witness to the Blue Jays winning a World Series and the sheer excitement that would bring. Lorne also found peace in gardening, a trait inherited from both his mom and dad who are avid gardeners too. Lorne had a love of music where he would compose his own songs to play on his guitar and made many memories with his sons, nieces, and nephews who enjoyed his musical talent. Lorne lived much of his adult life in Antigonish where he was able to cultivate strong relationships with Kerry’s family and mother-in-law June. Lorne lit up every room he entered with his insane humour, and it was a gift for those around him to bear witness to a comedic genius. He was a force like no other. To meet Lorne was to love Lorne. His inviting personality and charm were irresistible and will be greatly missed by his distraught family and many friends he had made throughout his life, as well as his fur babies Finley and KOJ. Besides his parents, Lorne is survived by partner of 22 years Kerry Butler, Antigonish, daughter Bailey (Hannah) New Brunswick, sons Luke and Aiden (Antigonish), mother-in-law June, brothers Philip (Cindy)Yarmouth, Ewan (Pam) Union Corner, Ian (Tommi) Waterville, Sister Mary (Dave) Beaver Bank, Sister-in-law Tammy, brothers-in-law Brad, Travis and Robbie. Nieces and Nephews, Amanda, Chantal, Matthew, Jenny, Morgan, Sophie, Cameron and Emily. Great nieces and nephews Dominic and Charlotte, Ryker and Kya. Special friends Joe, Gavin, Tony and Eddy. Lorne is predeceased by sister-in-law Amy. Donations to help support Lorne’s sons may be made to the GoFundMe account using the following link https://gofund.me/085bc8d7 Lorne’s memory can also be honoured by a donation to the Nature Conservancy of Canada, Walton Fire Department, or Cambridge Cemetery c/o Paula Lake – 8140 Hwy 215, Cambridge NS. Cremation has taken place, in keeping with the family's wishes, a private family graveside service will be taking place on Saturday, November 13th, 2021. Family and friends are welcome at Ewan & Pam’s home @ 369 Lawrence Road (West Hants) that same day from 3 to 6 pm for those who wish to drop by for a visit please respect COVID guidelines. Arrangements have been entrusted to the compassionate care of the J. Wilson Allen Funeral Home, 4646 hwy 215, Summerville, ph 1-902-633-2431 or please visit our website at www.allenfh.ca to sign the guest book and send private condolences.
To plant a beautiful memorial tree in memory of Lorne Laffin, please visit our Tree Store

Family and friends are welcome at Ewan & Pam’s home @ 369 Lawrence Road (West Hants) Saturday, November 13, 2021 from 3 to 6 pm for those who wish to drop by for a visit please respect COVID guidelines.

Donations to help support Lorne’s sons may be made to the GoFundMe account using the following link https://gofund.me/085bc8d7 Lorne’s memory can also be honoured by a donation to the Nature Conservancy of Canada, Walton Fire Department, or Cambridge Cemetery c/o Paula Lake – 8140 Hwy 215, Cambridge NS.
Online Memory & Photo Sharing Event
Online Event
About this Event

Share Your Memory of
Lorne
Upload Your Memory View All Memories
Be the first to upload a memory!
Share A Memory
Plant a Tree