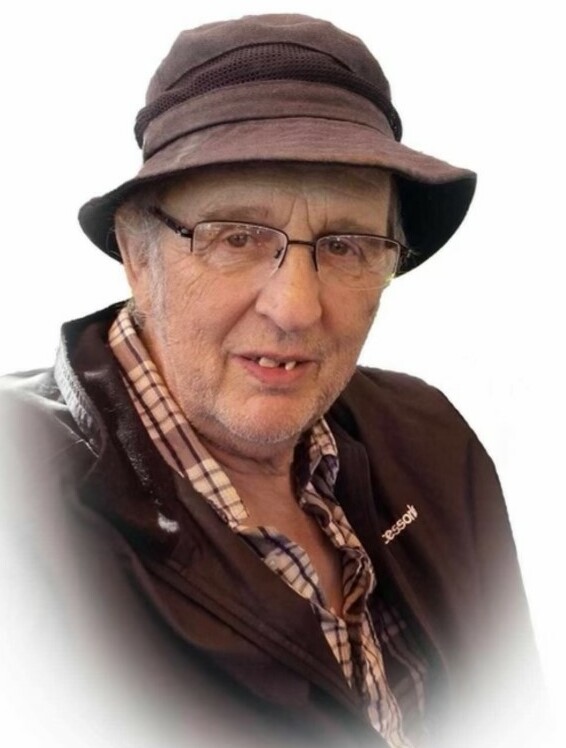 Please share a memory of Ronald to include in a keepsake book for family and friends.
View Tribute Book
Poan, Ronald Sidney – 75 of Riverside, passed away on Thursday, December 8th, 2022, at his home in Riverside. Born in Halifax on July 17th, 1947, he was the son of the late John and Marie Florance (Edwards) Poan. Ronald was a carpenter by trade and in later years enjoyed apple picking with his family. He was a master wheeler & dealer; collecting various items over the years that he would always turn a profit on reselling to others. Ronald’s modo was “everything was worth something to someone”. He would later pass these skills down to his children and grandchildren. When Ronald wasn’t buying and selling collectables, he enjoyed golf, fishing, hunting, camping, water or snowball fights, visiting the wildlife park, bingo, playing his favorite online casino game Rock N Cash Casino, remote control planes and spending time with his family. Ronald was a great storyteller; he captivated his audience with his quick wit and a voice that emulated an auctioneer. He will be deeply missed by family, friends and all who knew him. Ronald is survived by daughters Rhonda Poan, Angela Poan (Kevin Brown), Jennie (Justin) Ward, Kimberly (Craig) Courdeau, sons Ronnie (Patricia) Poan, John (Michelle) Poan, grandchildren; Candice, Jonathan, Katie, Amanda (John), Matthew (Ashley), Margaret, Andrew (Crystal), Micheal (Makayla), Cavell, Melissa, David, Joseph, Spencer, Jessica, Sebastian, Austin, Craig Jr, Timmy Lee, Jasmine, Justina, greatgrandchildren; Mikaila, Zachary, Kaileigh, Brianna, Savanna, Nevaeh, Zander, Alayna, Maddix, Angel, Damon, Lily, Noah, Kenzie, Isiah, Holden, Anyiah, Freya, Dawson and Jillian, sister; Colleen Hardney. Besides his parents, Ronald is predeceased by wife Gloria Poan, sisters Barbara Crosbie and Astraid Watermaker. Respecting Ronald’s wishes there will be a private family Memorial Service held at a later date. Donations in memory of Ronald can be made to a charity of one’s choosing. Arrangements have been entrusted to the compassionate care of the JW Allen Funeral Home, Hwy 215 Summerville (Phone 902-633-2431). Please visit their website at www.allenfh.ca if you wish to sign the guest book and/or send private condolences
To plant a beautiful memorial tree in memory of Ronald Poan, please visit our Tree Store

A Memorial Tree was planted for Ronald
We are deeply sorry for your loss ~ the staff at J. Wilson Allen Funeral Home - Summerville Hants
Join in honoring their life - plant a memorial tree
Online Memory & Photo Sharing Event
Online Event
About this Event

Look inside to read what others have shared
Family and friends are coming together online to create a special keepsake. Every memory left on the online obituary will be automatically included in this book.
View Tribute Book
Services for Ronald Poan
There are no events scheduled. You can still show your support by planting a tree in memory of Ronald Poan.
Plant a tree in memory of Ronald

Share Your Memory of
Ronald
Upload Your Memory View All Memories
Be the first to upload a memory!
Share A Memory
Plant a Tree